There’s a strange plot in a cemetery in Waterville, Maine. It has five names, including three children under age 7. Three died in 1954 and the others in 1966.

They were the children of Carl and Constance Margaret Fisher, an ordinary couple who married in 1946 when she was a 17-year-old high school student, and he was a World War II veteran, seven years her senior. He worked for Maine Central Railroad and she was a housewife.

On March 8, 1954, he returned from his job to a home that was disturbingly dark and silent, considering that there were three children inside—Richard, almost 7, Daniel, 5, and Deborah Kay, not yet a year old.

Carl walked through the quiet apartment, looking for his family. Two, Daniel and Deborah, appeared to be asleep in their beds.

Then he stepped into the bathroom and saw Richard in the tub, floating face down. Carl realized all of his children were dead.

Their mother was nowhere to be found. It wasn’t until later after the panicked dad called for help that they located her, under her bed, unconscious, a bottle of Selsum Shampoo spilled on the floor by her side. She was still breathing.

In the hospital, Constance calmly told police what happened. A few hours after her husband left for work, she killed the kids, one by one, drowning them in the tub. 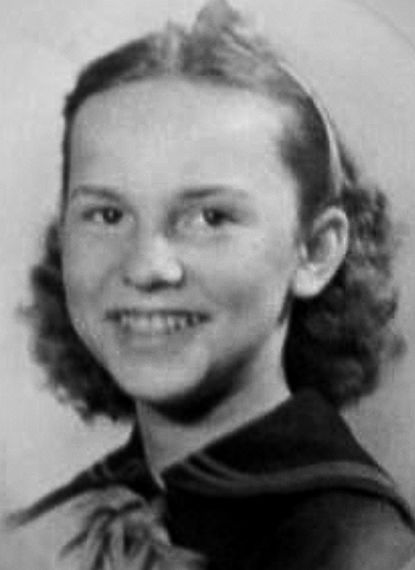 After the murders, she wrote a suicide note and swallowed the shampoo. A doctor had prescribed it for a case of psoriasis a few days earlier, warning her that it was poisonous.

“God told me to do it,” was her explanation.

To many who knew her, the killings came as a surprise. Constance was pretty, pleasant, apparently in love with her husband and happy with her family.

She had had a rough start in life, never knew her birth parents, and was a moody youngster. A family took her in and treated her as one of their own, wrote Bob Briggs in his 2011 book on the case, “The Constance Fisher Tragedy.”

For years after her marriage she had been showing signs of a troubled mind, with anxiety and depression brought on by worry over money, kids, and her cramped home that had few conveniences. She had attempted suicide in the past.

“I wanted someone to baby me,” she told one of the psychiatrists assigned to her at the Augusta State Hospital. The doctors diagnosed her as a paranoid schizophrenic. In the eyes of the court, she was not guilty by reason of insanity.

In June, the psychiatric hospital became her new home. Treatment for her problems included shocking the body with insulin. High doses of the hormone put patients into a coma, and sometimes seizures, designed to jolt them back to normal. The method was soon found to be dangerous and ineffective and was abandoned.

Aside from the therapies, life at Augusta resembled a summer camp, with ballet classes, softball teams, and dramatic performances.

Within a year, she showed some improvement. She was no longer hearing voices or having visions and was calm and pleasant to the psychiatrists, staff, and other patients.

In 1955, her husband began the legal process to get her released. At the first hearing in 1957, her psychiatrists gave a definite no. By 1958, her doctors had to admit that she and had shown no signs of psychosis for years and that it might be safe to release her. In 1959, fueled in part by a national effort to deinstitutionalize mental patients, Briggs wrote, the psychiatrists decided she posed no risk to herself or others and could go free.

Carl picked up his bride in May and took her home to a new house he built for her.

On July 2, 1966, the Daily News carried a small item with a succinct, troubling headline: “Her Slayings Total Six.” 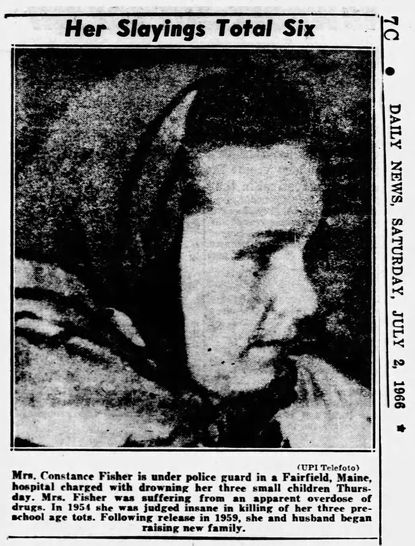 Within a year of her release, Constance and Carl had started a new family. In 1960, she gave birth to her fourth baby, Kathleen, followed in 1962 by Michael Jon, and in 1965, by Natalie Rose.

For the first few years, she cheerfully fell back into the role of wife and mother. Then, after Natalie’s birth, she started to unravel, immobilized by blue moods and worries. She began to hear voices talking about the end of the world.

On June 30, 1966, Carl returned from work to a silent house. In a horrifying replay, he looked in the bathroom and saw the baby, Natalie, face down in water in the tub.

Constance had, once again, drowned her three children. She then tried to take her own life with a drug overdose and injured herself with a pellet gun and kitchen knife.

“I hope you understand,” she wrote in a suicide note to Carl, “it’s the only way I could be sure they would go to heaven.”

Doctors worked hard to save her, and when she was well enough, she was confined to an institution, this time with no hope of freedom.

In October 1973, shortly after ever-faithful Carl decided he couldn’t stand it anymore and stopped visiting, she escaped her cage and leaped into the nearby Kennebec River. A hunter found her bloated body on the riverbank a few days later.

Constance was laid to rest next to her victims. All were reunited in 1990 when Carl died and took his place beside his wife and children in the family plot.

JUSTICE STORY has been the Daily News’ exclusive take on true crime tales of murder, mystery and mayhem for nearly 100 years. Click here to read more.