The queen of Afro Sheen has died.

Joan Johnson, who co-founded the legendary Johnson Products Company – the maker of iconic hair care products such as Ultra Sheen, Afro Sheen and Gentle Treatment — was 89.

According to published reports, the black business pioneer died Friday in Chicago after a long illness.

In 1954, Johnson and her husband, George E. Johnson, started the Johnson Products Company in Chicago, taking a $250 vacation loan and turning it into a multi-million-dollar company.

The business became the first black-owned company traded on the stock exchange in 1971.

"When I think about pioneers, the real pioneers are the people who are able to make a path where none exists," Eric G. Johnson, her son, told CNN. "Johnson Products in many ways was that company. She and my father had no provided path. They created a path where there was none."

JPC, as it is commonly referred to, developed a line of haircare, cosmetics and fragrances and, within 25 years, controlled 30% to 40% of the black haircare market, according to Black Enterprise.

The company was bought by Procter & Gamble in 2004 and its products were marketed as part of the P&G portfolio. In March 2009, a consortium of African-American investment firms bought the Los Angeles-based company from the consumer goods corporate giant. 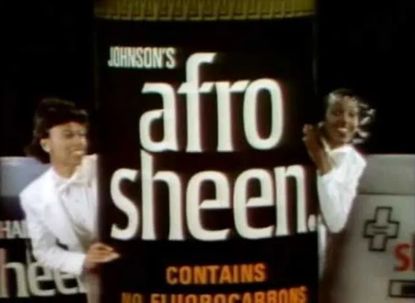 Services for Johnson will be held Friday in Chicago.

An annual scholarship will be named in her honor at Atlanta’s Spelman College, which she was a trustee of.