WASHINGTON — Rep. Jerry Nadler survived a minor rebellion Tuesday over his handling of the impeachment inquiry against President Trump, and will remain the point man as chairman of the House Judiciary Committee.

Some members of the Democratic caucus felt that Nadler had botched the handling of several key moments in the probe of Trump, and felt the recent handling of former Trump campaign manager was a “s--t show,” several Democratic aides told the Daily News.

The Judiciary Committee is historically the panel that investigates and writes up articles of impeachment, but some members floated the idea that instead of leaving Nadler in charge, House Speaker Nancy Pelosi should create a new select committee to do the job.

One lawmaker who said he raised the idea did not mention discontent with the New Yorker, but said the thinking was a new set of rules could make it easier for the public to understand what’s happening.

“It’s, in the view of many — and I’ll speak for myself but a lot of people echoed it — that we have to have the ability to have hearings in a way that’s not defaulting to sort of the five-minute badminton game back and forth,” said Rep. Dan Kildee (D-Michigan). “that we have the ability through counsel to raise issues, to present facts, to question witnesses in a way that isn’t constantly interrupted by sort of the game show tactics we expect the Republicans to use.”

Nadler’s committee has passed a rule to let staff lawyers ask questions for a full half hour at the end of hearings, and employed the tactic in grilling Lewandowski, but Kildee said that was not enough.

“It took a step toward it, but what many of us are saying is has to go further than that — that has to be the centerpiece of our approach, not just a feature of it,” Kildee.

But aides in the know said progressive caucus members stood by Nadler, and Pelosi ultimately decided that the work of the six committees investigating the president will be funneled through the Judiciary Committee when it comes to writing articles of impeachment.

Rep. Steve Cohen (D-Tennessee), a member of the Judiciary Committee, told reporters that Pelosi's decision shows the House is unified behind the investigation and the committee's work. 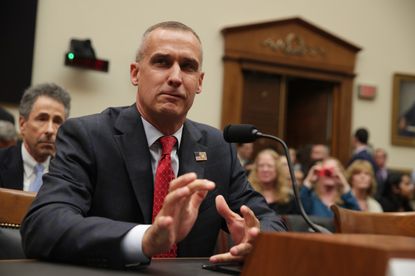 “It just shows there’s no question the entire Democratic caucus is on the same page. There was some question about that, but there isn’t — it’s a continuation of the Judiciary Committee’s inquiry,” Cohen said.

Democratic aides in the camp supporting Nadler noted that creating a select committee would only slow things down, and that in any case the opposition of progressives meant the idea was effectively dead, even if moderate Dems don't like Nadler.

“They don’t have the votes,” a staffer said.

Still, another aide who was neutral on Nadler, was a little more equivocal.

“I wouldn’t use word ‘dead’ but the plan is the full six committees refer their findings to judiciary,” the aide said.

Rep. Adriano Espaillat (D-New York) said there was talk about a select committee, and that he hoped there would be one, but said if there is, Nadler should lead it.

"I don't think we ought to be all over the place, and I don't think that the committees are going to have like their own separate jurisdiction," Espaillat said. "Obviously, this is the big leagues now."