The Indiana parents accused of adopting a girl with a rare form of dwarfism, changing her legal age from 8 to 22 years old and abandoning her pleaded not guilty Friday in the bizarre case.

Michael and Kristine Barnett appeared in Tippecanoe Magistrate Court for their arraignment after the ex-spouses were charged Sept. 11 with felony neglect of a dependent.

Michael’s lawyer, Terrance Kinnard, said Friday he wants Tippecanoe County Prosecutor Pat Harrington to clarify whether the state considers the girl a dependent based on her mental health or age, WLFI-TV reported.

“We certainly want to know exactly what it is my client allegedly did so that they can defend themselves,” Kinnard reportedly said after the hearing.

According to court filings, the couple adopted the Ukrainian girl in June 2010, believing she was about 6 years old.

Records from the Ukraine reportedly listed her birth year as 2003. But medical tests on her bone structure in 2010 estimated her age as 8, and a second test in 2012 estimated she was 11, according to the records obtained by The Lafayette Journal & Courier.

The couple later petitioned the court to change the girl’s age, and in June 2012, a judge assigned her a birthday in September 1989, the newspaper reported, citing court records in a subsequent guardianship case.

The strange case has attracted national headlines, with Kristine speaking publicly about her belief she was duped.

In a Facebook post this week, Kristine said she believes the daughter she allegedly ditched six years ago when the family moved to Canada was already an adult when at the time of the adoption.

“(She) is and always has been an adult in the time that I knew her, but that did not stop me from always seeking her best interest,” she wrote in the Wednesday post.

“I am dismayed by the way that our mental health system treats people,” she said.

“The state of Indiana actually discharged (her) into a halfway house over a year before this, making her homeless and mentally ill,” she said.

A lawyer who tried to get the adopted daughter’s age reversed back as part of a guardianship case involving a different family told the Journal & Courier he believes the girl is a minor who belongs in school.

"The most egregious part of it is that this child was turned into an adult without any representation, without any due process safeguards being instituted by that court,” lawyer Michael Troemel told the paper Thursday. 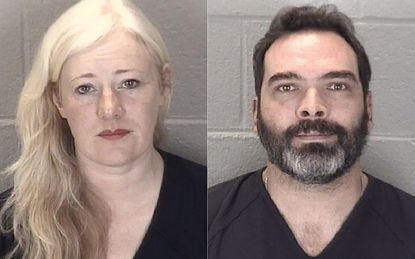