From the outside looking in, artist manager Sophia Chang seemed to lead a charmed life wheeling and dealing with music giants like Paul Simon and funk pioneer Nile Rodgers to neo-soul crooner D’Angelo and seminal hip-hop group Wu-Tang Clan.

But the Korean-Canadian mover and shaker, regarded by many as “the first Asian in hip hop,” had a difficult time dealing with her race and identity as a young woman growing up in Vancouver.

Chang, who mostly stayed behind the scenes in promotion and artist development for three decades -- one job as a senior executive at Universal Music Group, is finally ready to step into the limelight to tell her story with her Audible Originals memoir, “The Baddest Bitch in the Room,” out Sept. 26.

“I wrote the book because I’ve been told that I should write a book for a long time, but I resisted it because it felt like an exercise in narcissism and it kind of felt like me bragging about hanging out with famous people,” Chang, 54, told the Daily News this week.

Chang said it was the members of the Wu-Tang Clan, formed on Staten Island by rapper-producer RZA, who introduced her to aspects of Asian culture when she met them in New York City in her twenties.

“And then I meet Wu-Tang Clan, and as you know, Wu-Tang is the name of the mountain in China. They call that Staten Island, their home borough, Shaolin, which is the mecca of all martial arts. So they introduced me not only to Kung Fu movies ... but they also introduced me, just as importantly to, John Woo, the greatest filmmaker of all time, and his muse, Chow Yun-fat, the greatest actor of all time.” 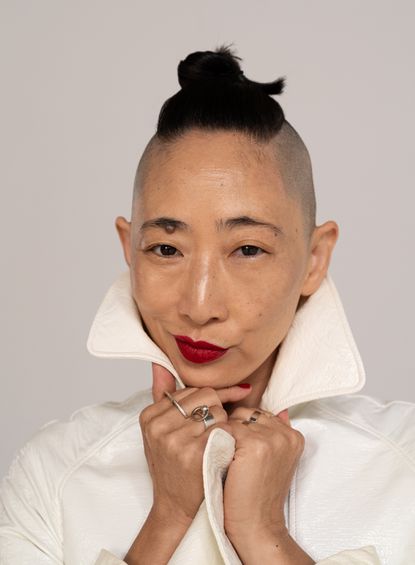 It was a turning point for her as she said she had trouble embracing what she candidly calls her “yellowness.”

“A part of the embracing whiteness is rejecting yellowness, right? Those two things went hand-in-hand for me,” she told The News.

“So on the one hand, I’m searching, and yearning, and reaching to be white, and at the same time, I am suppressing the things about me that are yellow, that are Asian... Because all as I’m growing up, people were calling me [ethnic slurs], and making fun of those things.”

“So as a result of that, I started to suppress and reject my Korean-ness and my Asian-ness,” she added.

It was in listening to hip hop of that time that gave the single mother of two teenagers a “racial” epiphany, she said.

“I hear “The Message” by Grandmaster Flash and the Furious Five, and I’m like, ‘Oh my God, wait a minute. What is this?’ ... Here’s a person of color talking about their own experience, opposed to hearing or seeing the experience through the white lens of Hollywood, right? Because I didn’t grow up around black folks and Latinx folks.”

“Baddest” is a coming-of-age story of how a marginalized “yellow” girl grew up conditioned by white supremacy in Vancouver; who eventually becoming ensconced in black culture which led to her — ironically — embracing her Asian identity.

The memoir, which took her over a year to complete, is not your typical audiobook. It is a first of its kind, immersive audio experience combining real-life character voices reading their own dialogue, original score music, licensed music and sound design. Listeners will not only hear music from the Wu-Tang but the voices of its members RZA, Method Man, Ghostface Killah and GZA, alongside other acts and music executives Chang worked alongside, including Redman, Q-Tip and Raphael Saadiq.

“The Baddest” is no fairytale either; it’s a warts-and-all look at sexism, racism, ageism in the workplace and the personal space. Motherhood, self-acceptance, love and heartbreak are also subjects Chang, who also worked in television and fashion, opens up about with irreverent candor. It is now the number 1 best seller among Amazon’s Biographies of Artists, Authors and Musicians.

“I was looking at these women, and I just went, ‘Oh my God, my girls are the baddest bitches in the room,’” Chang explained. “Now at that point, all of us are …over 40, and we’re all women of color. I just looked at them and I thought, Look at these women. They are so smart. They are so self-possessed. They are beautiful. They are stylish. They are independent. They are opinionated. They have amazing careers. They have incredible voices. And nobody f--ks with my girls.’”

Chang said it was important to bring all of the elements of her life and career together for the project, which is the first of three first-person narratives produced by Hello Sunshine, Academy Award-winner Reese Witherspoon’s new audiobook imprint with Audible Originals focusing on telling women’s stories.

A staunch feminist, she’s hoping the audiobook resonates with other women.

“So what I’m hoping that happens with my memoir is that it inspires women to mine their power. Mine as in goldmine. Mine their power and see their beauty. Because again, the vast majority of us don’t feel beautiful or powerful." 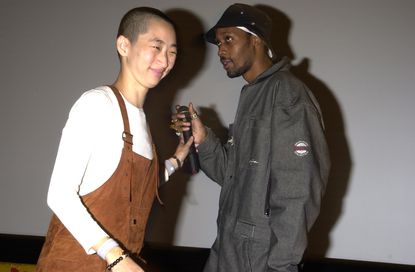 Ultimately, Chang thinks it’s radical to be a “a Korean woman who is 54 years old, pounding my chest with my hand, and jumping on the table, and pounding my fist, and saying, ‘I am the baddest bitch in the room.’ ”