‘He wanted to get away from the street life’: Relatives and pastor mourn fatally shot Brooklyn teen

Relatives of an 18-year-old man fatally shot in Brooklyn say he was trying to get out of the gang life.

Shamel Boomer was shot once in the chest outside Hotel Sunborn on New Jersey Ave. near Fulton St. in Cypress Hills about 7:45 p.m. on Friday, police said. Medics rushed him to Brookdale University Hospital, where he died.

On Monday, Boomer’s uncle, Tommy Holliday, and his pastor, Bishop Gerald Seabrooks, said the young victim was trying to get on the straight and narrow.

“He was a great kid, just got caught up in the streets,” Holliday, 59, said. “I never had a problem with him.”

Boomer was out on bail after being arrested in February among 34 people ensnared in a gang takedown. He also had just gotten his GED and had mulled moving to Virginia.

In the turf war that led to the takedown, the alleged gang members were linked to at least 13 shootings dating to February 2018. At times, young women were used to carry guns. 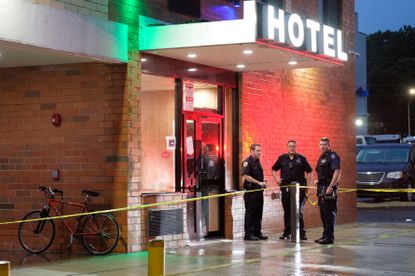 In Boomer’s slaying, detectives are looking for a suspect spotted running from the scene wearing all black, cops said. No arrests have been made.

Seabrooks, bishop of the Rehoboth Cathedral and a dean at Van Siclen Community Middle School, which Boomer attended, said he tried to mentor the young man. “He wanted to get away from the street life. He felt if he could get away he’d have success,” Seabrooks said. “This kid was respectful.”

Gang rivalries have taken a heavy toll on the community, Seabrooks said.

”This isn’t a game,” he said. “Shamel is never coming back to life.” 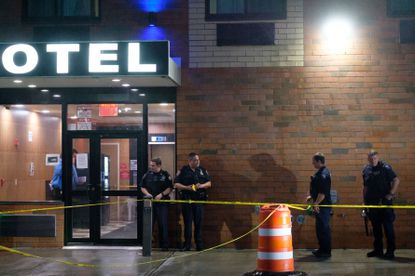 Holliday said he hope the shooter will turn himself in and there won’t be retaliation.

“We just want peace among the young brothers,” Holliday said. “It took a toll on a good family.”