As gun mayhem soars across the city — taking the lives of innocent bystanders and injuring scores of people — cops have cut back on arrests and summonses of all kinds, NYPD data shows.

Arrests dropped off even more precipitously last week, when cops made 1,481 busts — down 68% from the same period in 2019.

Sixty people were shot last week, police data show — an increase of 253% over the 17 shooting victims reported in the same week in 2019.

The five police unions deny cops are engaging in a work slowdown. Instead, they blame Mayor de Blasio and the City Council for supporting law enforcement reforms they don’t like.

“The de Blasio administration and City Council have both been clear: reduce arrests, reduce summonses,” the unions said in a statement. 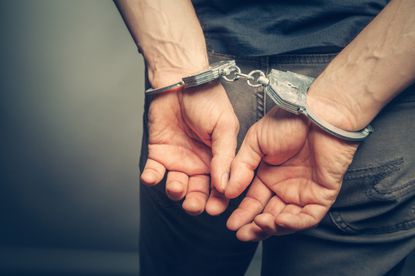 “They believe that such reductions indicate crime is down,” the statement said. “New York City police officers are doing their jobs and following City Hall and the Council’s orders.”

Police brass have also complained about City Hall’s actions. “Handcuffing the police,” is how Police Commissioner Dermot Shea put it during an interview Thursday on CNN.

Several officers told the Daily News that the reforms — which include cuts to the police department budget and a move to outlaw cops’ use of chokeholds — hurt police morale.

“No one is doing anything,” said a police supervisor in Brooklyn. “If there’s probable cause we’ll make an arrest. And we’ll respond to any 911 call.

“But as far as going the extra yard, that’s not happening. Guys are not getting out of their cars. They’re not going up to guys on corners.”

An officer in Queens believes that once the court system is fully back in business as the coronavirus lockdown eases, street violence will drop and cops will break through their malaise.

“It just feels like the criminals know they can get away with anything now,” this officer said. “We complain a lot, but I’ve never seen it this bad.”

Cops also blame one of Shea’s moves in June — disbanding most of the plainclothes anti-crime units — for some of the crime rise. But crime was spiking even before Shea announced that change.

Shea is considering a new unit that will help drive gun violence down while at the same time building bridges with communities and avoid the unjustified street stops that critics say has caused so much of the tension, sources say.

Ed Mullins, who heads the Sergeants Benevolent Association, said something has to be done because right now “cops are paralyzed.”

“Cops are not engaging people when they know things can go bad,” Mullins said. “They’re not stopping cars. They’re not getting out of their cars and they’re not making arrests.”