Fotis Dulos was arrested Tuesday on suspicious of murdering his estranged wife Jennifer Farber Dulos, the Connecticut mom who vanished last May amid a bitter divorce battle.

“We are relieved that the wait for these charges is over,” the missing mom’s grateful family said in a statement to the Daily News.

Fotis, a luxury home builder from Farmington, is expected to be held overnight on a $6 million bond for the slaying, the Hartford Courant reported.

“I haven’t seen the warrant yet but it is my understanding that Mr. Dulos was just arrested and was charged with the crime of murder as to his wife, Jennifer Dulos," Fotis’ defense lawyer Norm Pattis told The Courant. 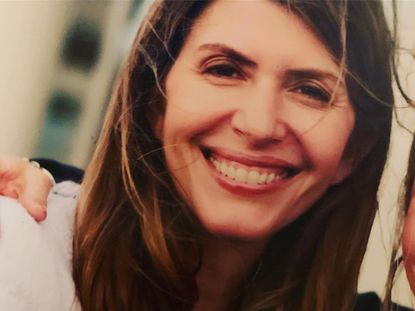 Pattis said he believed two other individuals were “simultaneously” being arrested in the case. He did not identify the others.

“I’m not surprised that the state decided to bring the charge,” he said. "I’ll be surprised if they can win it. Mr. Dulos contends that he was not involved and I think the evidence won’t show he was.”

And there he is. Fotis Dulos in the front seat of this @CT_STATE_POLICE cruiser entering Troop G where he will face murder charges. #NBCCT pic.twitter.com/3ZjXFmTXz1

Jennifer, who would now be 51, was last seen dropping off the couple’s five children at their school in New Canaan on May 24.

The sparring spouses were locked in a bitter divorce and custody battle at the time, with Jennifer claiming in court paperwork she was concerned about her husband’s “irrational, unsafe, bullying, threatening and controlling behavior.”

Police affidavits claim surveillance video and phone records place Fotis and Troconis together in a Ford Raptor truck that made dozens of stops in Hartford the night Jennifer vanished.

Cops also allege he dumped two Connecticut license plates altered with adhesive tape that traced back to a 2007 Chevrolet Suburban he owned.

Affidavit paperwork released with the follow-up charge claims Fotis was driving an employee’s Toyota pickup truck the day Jennifer disappeared, and the vehicle’s seats later tested positive for her blood.

The employee allegedly told state police Fotis urged him to remove the seats from the truck and replace them with seats from his Porsche, The Courant previously reported.

Fotis allegedly told the employee he was worried one of his wife’s hairs may have gotten on the seat because he had hugged her.

The employee removed the seats but later handed them over to detectives, the Connecticut newspaper reported.

Fotis pleaded not guilty to the earlier charges and has maintained he has no idea what happened to his wife.

His defense lawyer Norm Pattis has floated several theories about her fate, saying it’s possible she faked her death in a “Gone Girl” plot meant to frame her husband.

But they said even with the murder case moving ahead, “for us there is no sense of closure. Nothing can bring Jennifer back. We miss her every day and will forever mourn her loss.”

And there he is. Fotis Dulos in the front seat of this @CT_STATE_POLICE cruiser entering Troop G where he will face murder charges. #NBCCT pic.twitter.com/3ZjXFmTXz1