Reta Mays, 46, pleaded guilty to seven counts of second-degree murder and one count of assault with intent to commit murder, according to newly unsealed documents filed in West Virginia federal court.

Mays, a former night shift assistant in the medical surgical unit at Louis A. Johnson Veterans Affairs Medical Center in Clarksburg, allegedly injected patients who didn’t have diabetes with insulin between July 2017 and June 2018. The overdose of insulin caused their blood sugar to drop, causing severe hypoglycemia.

“Nothing we have done will bring your loved ones back,” William Powell, U.S. attorney in West Virginia, said at a press conference Tuesday. 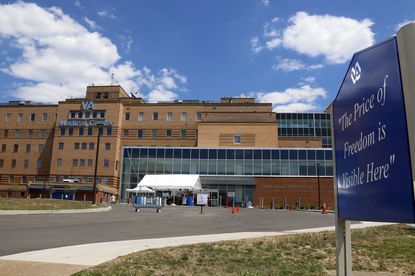 “But we do hope that the work of these agents and prosecutors honored the memory of your loved ones in a way that they so justly deserved and, in some small fashion, assuage the anguish you have suffered.”

The cluster of killings was finally acknowledged after doctors noticed an “unusual” series of hypoglycemic deaths in the area and reported them, Powell said.

Prosecutors have asked for the maximum sentences for Mays, which include up to life in prison for each second-degree murder charge and 20 years for the assault.