Estranged husband of Connecticut mom Jennifer Dulos insists on innocence in case of missing wife, even as his girlfriend possibly flips

The estranged husband of missing Connecticut mom Jennifer Dulos is sticking with his story: He believes his spouse remains alive, and he had nothing to do with her May disappearance. 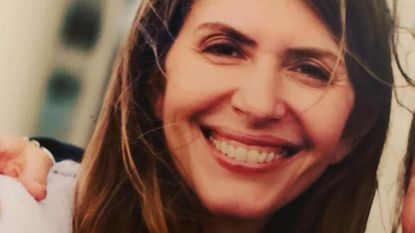 “I did not,” said Fotis Dulos in an exclusive interview airing Monday night on NBC’s “Dateline” show. “But I’d like to leave it at that.”

The conversation with the 51-year-old suspect came before he was arrested again earlier this week for evidence tampering — and prior to his girlfriend’s shift from possible alibi witness to potential cooperating witness in the search for his wife Jennifer Dulos.

The 50-year-old mother of five was last seen on May 24 after dropping their kids off at their school in New Canaan, Conn.

Girlfriend Michelle Troconis, 44, made damning statements about her beau last month in a police interview where the focus turned to a red Toyota pickup truck that Dulos was allegedly driving when Jennifer disappeared. According to a warrant, Dulos asked the vehicle’s owner to replace the seats in the truck and then dispose of the old ones.

The warrant also quoted Tronconis’ reply when she was asked why Fotis Dulos would get the truck washed and detailed.

“Well, obviously, all the evidence says because .... you showed me the picture of the blood in the door,” Tronconis told police. “It’s because the body of Jennifer at some point was in there.”

Cops alleged that blood was found on the truck’s original passenger seats, with DNA testing indicating it belonged to Jennifer Dulos.

Jennifer and Fotis Dulos were locked in a bitter divorce battle and child custody case at the time of her disappearance. Her 2017 Chevy Suburban was found abandoned on a New Canaan road not far from her rental home. Blood belonging to the husband was also found mixed with his wife’s blood on the kitchen sink faucet at the missing woman’s home, a prosecutor revealed in June.

The couple’s kids have been in the care of their maternal grandmother Gloria Farber since their mom vanished.