The city’s Department of Education is dragging its feet on providing legally required services for kids with disabilities, a motion filed in federal court Tuesday charges. 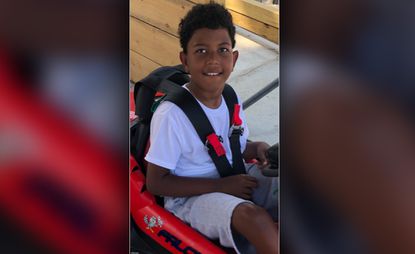 Thirty percent of students who get a court order for crucial support like physical and speech therapy aren’t getting those services within the legal deadline of 35 days, according to the education legal aid group Advocates for Children, which filed the motion.

That puts the city out of compliance with a 2007 court settlement, the advocacy group claims.

“The DOE’s delays in providing ordered services are adding insult to injury for students with disabilities and their families,” said Rebecca Shore, the head of litigation at Advocates for Children.

“We need a special master to step in and fix this broken system,” she added.

When schools don’t provide extra support – including therapy or paraprofessionals – outlined in a child’s special education plan, families can file legal complaints with an official known as an impartial hearing officer.

Hearing officers can then order the Education Department to compensate for the missed services — either by providing the services itself, or by paying for parents to hire private providers — usually within 35 days.

Hearing officers issued 1647 such orders between October 2017 and January 2018, the most recent period for which data was available.

But the city’s Education Department blew past the legal deadline on 30% of those orders — and 50% of the cases where the agency had to provide the services itself, according to data gathered by an independent auditor.

Vicky Lopez, a Brooklyn mother whose son Jayden has cerebral palsy, said he missed months of physical therapy after the Education Department was late in getting her a list of providers.

Lopez won a decision from an impartial hearing officer in August 2017, but said it took the city months to get her the names of approved therapists – many of whom had limited availability to see her son.

“It’s extremely upsetting you fight so hard to get the services your child needs, and the DOE doesn’t take these cases seriously,” she said.

The months without therapy further stiffened her son’s muscles, making it harder for him to stand, Lopez said.

“I’m my son’s sole caretaker,” she said. “I’m carrying him and it hurts my back because he’s so stiff.”

Advocates for Children and the law firm Milbank LLP filed a class action lawsuit in 2003 to force the DOE to commit to getting families the services outlined in impartial hearing orders. After a settlement in 2007, the agency agreed to benchmarks, and created a new office to oversee the issue.

Education Department spokeswoman Danielle Filson said the agency has seen “a significant increase in the volume of due process complaints over the past three years, and we’re working to make this process faster and easier for families.”