The heartbroken daughter of a 76-year-old man who died after being jumped by a stranger on a Queens street says she was forced to become a “vigilante” and hunt down evidence of the attack because cops wouldn’t investigate.

Jorge Cornejo died June 25 from a head injury he sustained days earlier at the corner of Jamaica Ave. and 171st St. in Jamaica Hills.

His daughter, Jennifer Espinal, was sure her father had been attacked — his injuries didn’t appear consistent with a fall. “I’m a nurse. I know the difference,” Espinal said. “Medically, it didn’t make sense to me.”

But when she brought her information and knowledge to a lieutenant at the 103rd Precinct, the cop refused to take a report.

“He talked down to us,” Espinal, 45, said of the lieutenant. “He declined to make report, and told us to get more evidence.”

So Espinal, a Long Island resident, took on the detectives’ work.

“He made me be a vigilante,” she said of the NYPD lieutenant who dismissed her claims.

It didn’t take long for Espinal to learn that her father was attacked by a bearded, shirtless man who was caught on a surveillance camera running away from the scene. 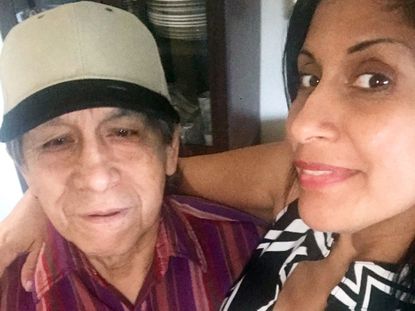 Espinal learned that the man stormed out of a grocery store at the corner and randomly attacked her father before running off during the June 20 attack — a day before Father’s Day.

Cornejo was unconscious when cops found him at about 11:30 p.m. Medics took him to Jamaica Hospital, where he died five days later.

“It’s sad that a man that was so happy was murdered,” she said of her beloved father. “He was an amazing man.”

When she brought the surveillance footage to the police, cops quickly took a report, Espinal said. The lieutenant she spoke to earlier wasn’t in when she came in armed with evidence.

“The only question they asked me was why we had not filed a report sooner,” she said. “If the lieutenant had done his job the man would have been caught.”

“He literally put my life in danger.”

A spokeswoman for the NYPD said that Espinal’s claims were “under internal review.”

Espinal’s brother, Jorge Cornejo Jr. said he was stunned to learn that the cops initially didn’t want to move ahead with the case.

“I don’t know why (the cops) declined to take a report,” he said. “Had this lieutenant opened up a case within 72 hours, I have no doubt he would have been captured.”

Relatives said Cornejo worked for a circus in his native Ecuador before moving to the U.S. in his early 20s.

“He was an extremely, extremely hard working man,” his son said.

“He was very good, everyone says he is a good person,” added Marina Bosch, the elderly man’s longtime girlfriend. 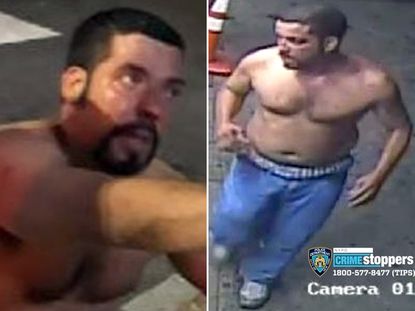 When Bosch, 82, thinks of Cornejo’s unexpected death at the hands of a stranger, she can’t find the words to express her feelings.

“I don’t understand,” she said solemnly.

Anyone with information regarding the attack is urged to call NYPD Crime Stoppers at (800) 577-TIPS.