Citing the eruption of gun violence, the governors pushed Republicans to support universal background checks for gun buyers, an assault weapons ban and so-called red flag laws permitting seizure of weapons from those deemed a threat.

“The American public supports action,” the letter reads. “So do we.”

The letter was addressed to Trump and copied to Senate Majority Leader Mitch McConnell.

McConnell has blocked the Senate from considering a bill passed by the House of Representatives mandating background checks.

Trump has waffled on gun laws, promising action after the massacres but soon retreating in the face of pressure from gun rights advocates like the National Rifle Association, which strongly backed his election campaign in 2016.

“Putting an end to the gun violence epidemic is not a Republican or Democratic issue, it is an American issue,” the governors wrote. "The time is now to break the cycle by enacting four common-sense measures. 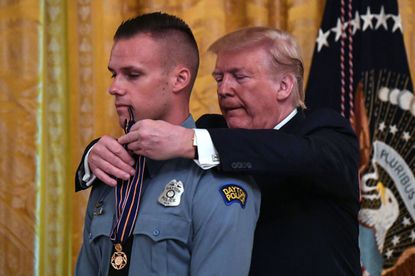