The city’s top cop said Friday he hopes city officials will use “common sense” as they prepare to end cash bail for many crimes next year. 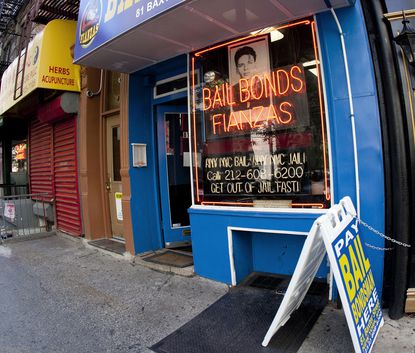 “If your house gets burglarized in 2020 and we make an arrest, that person’s going to be out the same day,” Police Commissioner James O’Neill said on WFAN’s “Boomer and Gio" show about the new plan. “That doesn’t even make a little bit of sense.”

O’Neill said he agrees that people shouldn’t have to stay behind bars before trial because they cannot afford a $100 or $500 bail — but releasing violent criminals is another matter.

“There is a core group that varies from about 600 to 800 people that are on Rikers Island right now awaiting a court proceeding,” the NYPD commissioner said. “Next year they’re going to be out and some of these people have gun collars in the past. They have significant violent criminal histories and that’s not how we keep New York safe.

“We have to pay attention to this,” he said. “We have to use common sense here. I understand criminal justice reform. We’ve done a lot of it in the NYPD, but we have to concentrate potential victims and keep them safe.”

As the city prepare to implement new bail reforms, officials are also haggling over a $8.7 billion plan to close down Rikers Island and open up smaller jails in each borough.

During a City Council hearing Thursday, councilmembers griped that Mayor de Blasio was offering little information about when and how inmates would be moved from Rikers to the four new jails in the Bronx, Brooklyn, Queens and Manhattan.