Queen Elizabeth II on Friday knighted Captain Tom Moore, granting the beloved British veteran an exalted honor after he raised more than $40 million for health services during the coronavirus crisis by walking 100 laps of his garden.

The Queen tapped Captain Tom twice with the blade of a long sword that kept the two distanced in the grass at Windsor Castle.

Moore didn’t have to kneel before the Queen in the ceremony, instead standing with his hands on his walker. 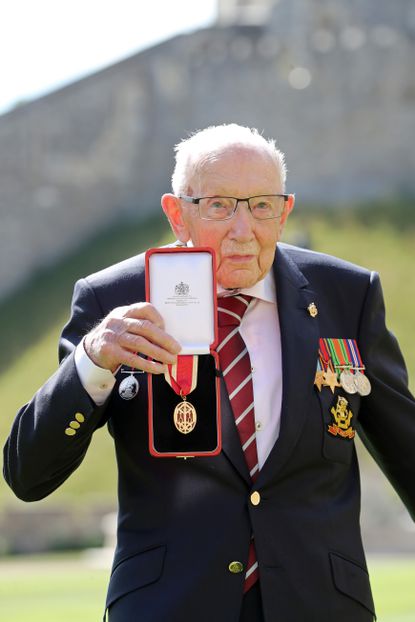 Queen Elizabeth has avoided public appearances since the COVID-19 outbreak spiraled out of control in the U.K. in March. But she stepped into view for the small ceremony for Captain Tom.

The royal beamed as she conferred the honor on Moore under the summer sun.

Captain Tom, 100, said in a tweet that he was “overwhelmed with pride and joy” after the rendezvous with the head of the royal family.

“I have been overwhelmed by the many honours I have received over the past weeks, but there is simply nothing that can compare to this,” said the chirp. 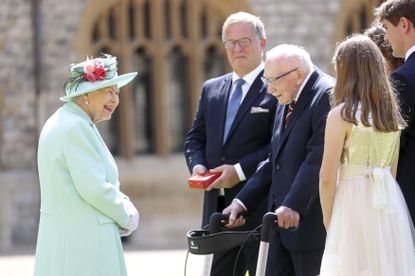 Captain Tom became the oldest person ever to the top of British music charts in April, with a charity cover of the song “You’ll Never Walk Alone” that he recorded with the English singer Michael Ball.

The World War II veteran also was named an honorary colonel as he turned 100.

Moore set out to raise £1,000 for the U.K. National Health Service with his spring charity walk. But in total, the effort raised more than £32.7 million — about $41 million —amid the throes of the coronavirus crisis.

When it was announced in May that he was to be knighted, Captain Tom joked in an interview with the BBC that he hoped the Queen wouldn’t be “very heavy-handed with the sword.”