The day that would change Kahj Woods’ life for ever started like a typical Sunday for him. 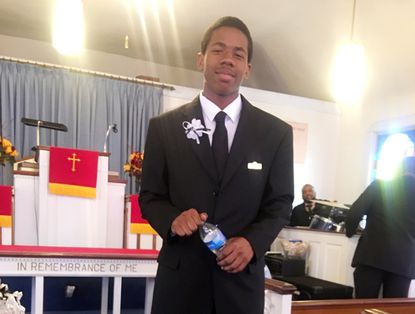 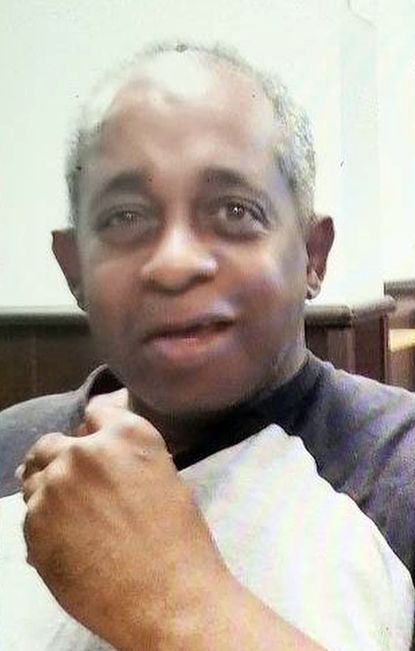 On Dec. 23, 2018, Kahj sat at his great grandmother’s side in the church he grew up in. Light shone in through the stained glass window as smooth gospel music filled the sanctuary of Bethany Baptist Church in Jamaica, Queens.

“He preaches, he sings, he dances,” said Kahj’s aunt, Djuana Battle, 51. “He does all of that in this church.”

But something was troubling him.

Three months earlier, Kahj, then 17, abruptly moved to Schenectady to live with his girlfriend and her newborn. Within a month of making the move, she revealed he wasn’t the baby’s father.

“I got upset while I was there about an incident that occurred with my girlfriend,” Kahj told police, according to court papers. “I left church through the back door.”

The teen left church and walked a mile to his other sanctuary — his great grandmother’s apartment — arriving around 2 p.m., heating up a plate of oxtail and sitting down with David Hawkins, 64, whom he called “dad," to watch watch westerns on TV, he’d later told his great grandmother, Eloise Woods.

Woods took Hawkins, a former coworker, into her home and became his caretaker after he developed a severe mental disability.

After about an hour, Kahj left to go to the home he shares with his mom in East New York, Brooklyn. Minutes after he left, smoke filled the Jamaica apartment, which sits above Next Generation of Victory Church on 150 St. near 97th Ave, surveillance video obtained by the Daily News shows.

The fire trapped Hawkins and 86-year-old John Wigfall, a longtime family friend who’d moved in after retiring to help around the house. Both men were rushed to Jamaica hospital, where they died.

Just over two weeks later, the deaths were deemed homicides after FDNY fire marshals concluded the fire was intentionally set. The following June 13, after a six-month probe, Kahj was arrested and charged on two counts of murder.

“I’m still devastated, I just can’t believe it," Woods said last week."I can’t stop thinking about it. I lived there for 38 years and now I don’t have a home, I don’t have David, I don’t have John T, and my grandson is in jail. I don’t believe he did that.”

An FDNY official alleged Kahj intentionally set the fire with a marijuana blunt just outside the apartment door, trapping the elderly men.

“I went into the stairwell and smoked a blunt. I ashed the blunt over the second floor railing. I didn’t see any fire. I don’t know the ashes could have started a fire," Kahj told authorities, according to court papers.

Kahj faces up to 25 years if convicted. He declined an interview with The News.

The teen’s mother, Sardia Bethea, said she refuses to give up hope.

“I know it’s going to take some time but I believe he will walk free,” she said.