A Bronx woman’s boyfriend was in the doghouse after a heartless thief swiped her pooch from his car while he dozed in the driver’s seat.

Claudia Caba, 43, says her 3 year-old teacup Yorkshire Terrier Coco was stolen right under her boyfriend’s nose — as he napped in his unlocked car parked near Crotona Park at 4 a.m. on Sept. 14.

“At first he thought that Coco was missing,” Caba said. “I realized he was stolen after we also couldn’t find two pairs of sunglasses in the car.”

After three days of driving around the park searching for the purloined pooch and handing out flyers, the couple decided to file a police report.

The pup was wearing a blue collar with a green tag that read “CACERAS” when he was nabbed on Charlotte St. near Crotona Park East, according to a police flyer.

On Tuesday, a man who lives near the park called Saba saying he saw her dog in his building — but she’s still waiting to hear whether that animal is actually hers.

Caba is offering a $530 reward for anyone who finds her tiny Terrier, which she got from a friend three years ago. She fears whoever poached her pooch could harm him. 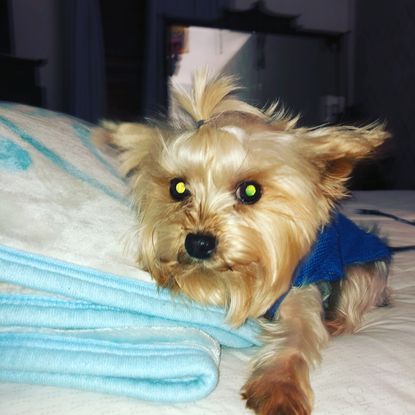 The woman’s boyfriend has been devastated by his sleepy mistake. 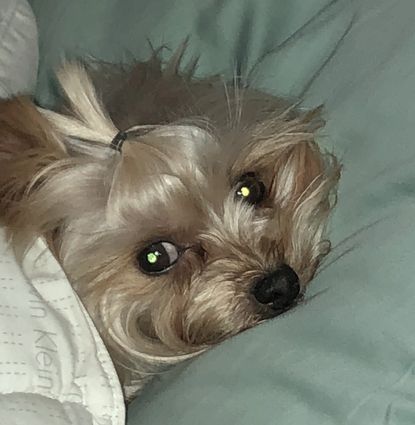 “I feel like somebody stole my child,” she said. “We don’t have any children together and that was like our baby.”