A Bronx judge says there is a “significant flaw” in the forensic method police use to link bullets to guns — a ruling that led to one suspect’s acquittal and could impact scores of pending and future gun cases, say criminal defense lawyers.

Cops are skeptical — they say the written opinion by Bronx Supreme Court Judge April Newbauer is an “outlier” that goes against thousands of other court rulings.

But Terri Rosenblatt, a lawyer with the Legal Aid Society, said the ruling will help her group challenge evidence in countless gun cases.

Newbauer’s ruling challenges a kind of scientific evidence familiar to everyone who watches TV cop shows, which often feature scenes where forensic scientists compare two bullets under a microscope.

By comparing toomarks — tiny marks on bullets — the TV scientists say they can be sure a bullet used in a crime came from a particular gun.

Just as on TV, toolmark identification is accepted in law enforcement circles. But defense lawyers have called it junk science that can lead to wrongful convictions.

Newbauer’s June 30 ruling in the case of two people charged in a January gun incident sided with those who question the science. “[F]orensic toolmark practice lacks adequate scientific underpinning and the confidence of the scientific community as whole,” the judge wrote.

Newbauer’s ruling came in the case of a Jan. 2018 incident in which two people were charged with gun possession after shots were fired on Washington Ave. in the Bronx.

A gun was found inside the car, and shell casings were found outside the car. The car’s owner and driver, Michael Ross, 32, and a 23-year-old female passenger in the car — identified in court papers by the initials A.M. — were both charged with gun possession. 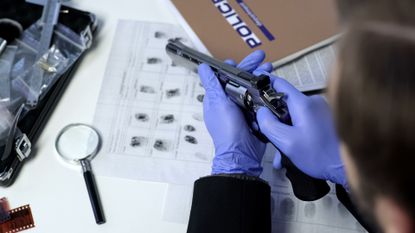 Ross, 32, who was represented by Bronx Defenders, was linked to the shooting by a witness and by DNA evidence, and was convicted of gun possession.

Newbauer held a hearing on the admissibility of the markings found on the bullets fired in the case. A.M.‘s presence at the scene and the bullet evidence was all that linked her to the crime of possessing the gun. Though A.M. may never have touched the gun, the definition of the word “possession” in New York law could include her presence near it.

In her opinion, Newbauer said the science is unclear on whether some markings on bullets are unique to the gun they were fired from. She noted that forensic scientists who compare bullets describe toolmarks on a bullet as “consistent with” or in “sufficient agreement” with the weapon they were supposedly fired from.

Some marks on bullets result from manufacturers’ designs — but some marks are not, Newbauer wrote. She said the idea that marks not caused by manufacturers’ are unique to a particular gun “lacks adequate scientific underpinning and the confidence of the scientific community as whole.”

Newbauer’s decision appears to be the first in New York to challenge bullet identifications.

In a statement, the NYPD disagreed with Newbauer’s ruling.

“Microscopic toolmark examinations are clearly reliable and based on sound science,” the statement said. “Moreover, the NYPD’s Firearms Analysis Section’s operation has been accredited for over 20 years.” 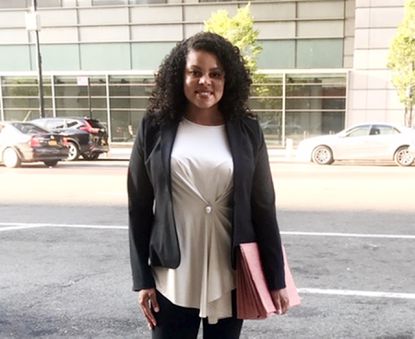 “For too long, police and prosecutors have used this deeply flawed forensic method against New Yorkers despite the risk of wrongful convictions,” said Kyla Wells, a Legal Aid lawyer who represented A.M. in the case.

“Other courts should follow suit and reject not only firearm and toolmark analysis, but the many types of junk science that have been admitted in courts for decades,” Wells said.