Three suspects have been arraigned in the Bronx drive-by shooting death of a man crossing a street with his 6-year-old daughter, including one defendant who could barely stay on his feet during the court hearing.

Despite difficulty standing in court Friday because of a severe scoliosis condition, Davon Delks, 21, was considered a flight risk for his alleged role in the July 5 shooting death of Anthony Robinson, 28.

Robinson was crossing a Mount Eden street, hand-in-hand with his little girl, when he was shot twice in the torso in a shocking caught-on-camera attack that miraculously spared his young daughter.

Delks was charged in Bronx Criminal Court with murder, attempted murder, manslaughter and criminal possession of a weapon. He was remanded and scheduled to return Aug. 17. 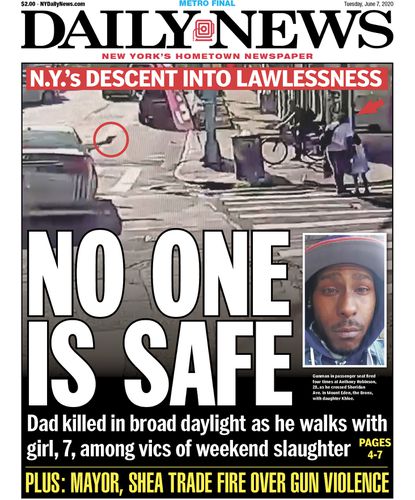 The two other shooting suspects, Devon Vines, 27, and Laquan Heyward, 25, were arraigned on the same charges Thursday night, and held without bail.

Prosecutors said all three defendants are members of the violent “Sev-O” gang, an offshoot of the Bloods.

A fourth suspect, Joel Baba, 22, was killed just two hours after Robinson died — slain in a double homicide in a Bronx apartment building.

Cops identified the three suspects in the days following the drive-by shooting, and arrested them at their homes early Thursday. A motive for the killing was not immediately disclosed.

About 8 p.m. July 5 — when cops would still have been working the scene of Robinson’s slaying — two men gunned down Baba and Eghosa Imafidon, 27, inside an apartment building on E. 171 St. and College Ave. in Claremont. A third man, 29, survived the barrage with a gunshot to his arm.

Baba and Robinson were among nine people killed in a single day of gun violence on July 5. 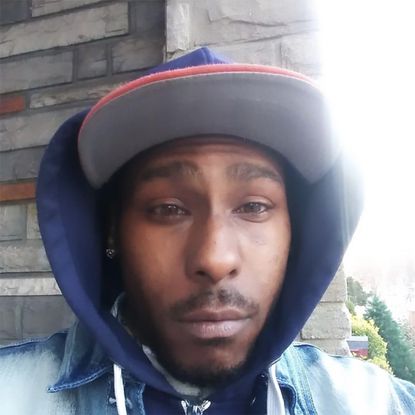 Baba, convicted of weapon possession in 2018, was paroled June 11, less than a month before he and Robinson died. Hayward and Vines were out on parole at the time of the July 5 slayings.

The three suspects in Robinson’s killing were busted by the NYPD’s Bronx Violent Felony Squad with help from the Bronx Warrants Squad, the 44th Precinct, the Criminal Enterprise Investigations Section, and the Technical Assistance Response Unit, said NYPD Chief of Detectives Rodney Harrison.