The Georgia father and son accused of chasing down and killing Ahmaud Arbery, an unarmed Black man out for a jog at the time, have entered not guilty pleas alongside a third suspect who’s accused of filming the violent confrontation.

During their court appearance in Chatham County Superior Court on Friday, both McMichaels pleaded not guilty on all counts.

Their 50-year-old neighbor, William Bryan, was also indicted at the end of last month with charges of murder and attempt to illegally confine or detain.

Before the plea, Bryan’s attorney, Kevin Gough, asked for clarification on whether or not his client, who appeared remotely from prison, was required to wear a face mask. According to ABC7, he then took issue with a mask worn by Arbery family attorney Lee Merritt, which had the name of George Floyd written across the front. 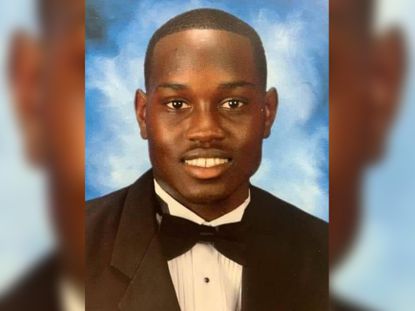 Gough called it a “political statement,” which he felt inappropriate for a courtroom.

“I do not see masks as being a political statement,” Chatham County Superior Court Judge Timothy Walmsley replied, noting they are required by most public health guidelines aimed at curbing the spread of coronavirus.

Bryan, who is accused of recording Abrery’s death on his cellphone, also pleaded not guilty on Friday. Authorities said he allegedly used his vehicle to trap the 25-year-old victim while he was being pursued by the father-son duo in a separate pickup truck.

Arbery was out for a run in Glynn County on Feb. 23 when he was attacked by Gregory and Travis McMichael, who armed themselves ahead of the chase. The elder McMichael initially told authorities he suspected the young runner was a wanted burglar and that he attacked Travis before he was fatally shot.

No arrests were made in the case until months later, sparking national outrage that was only fueled by video of the incident, which went viral on May 5. Within hours of its posting, District Attorney Tom Durden announced a grand jury would consider charges and accepted assistance from the Georgia Bureau of Investigation.

Officers with the GBI arrested the McMichaels on May 7 and Bryan was arrested two weeks later.

During their initial court appearance for a probable cause hearing in June, a GBI detective testified he uncovered no evidence to suggest Arbery was a burglar or that he had stolen anything. The detective also said Bryan told authorities he heard Travis, who fired the fatal shots, refer to Arbery as a “f---ing n-----” as he lay dying.