‘All point to failures of prosecution as an institution’: Brooklyn DA releases analysis of those who wrongfully spent combined 426 years in prison

The Brooklyn District Attorney’s office Thursday released a historic analysis that profiles the wrongful convictions of 25 people who served a combined 426 years in prison for crimes they didn’t commit.

The report found an astonishing 84% of the wrongful convictions were due to actions by prosecutors — and that in 65% of them, police conduct played a significant role.

Mistaken eyewitnesses, nondisclosure of favorable evidence, poor procedures, unreliable confessions, and bad defense are all cited as among the drivers of the bad convictions.

“This is the most comprehensive, detailed, and thorough analysis of wrongful convictions ever performed by a DA’s office — in the history of DAs offices,” civil rights attorney Ron Kuby told the Daily News. 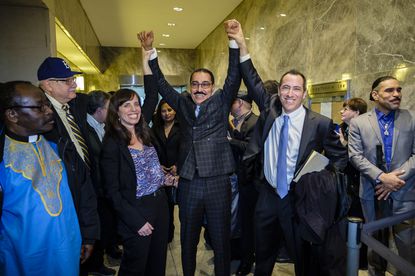 The document details three decades of misconduct and error that contributed to over two dozen wrongful convictions.

In a statement, DA Eric Gonzalez said one case in particular kept him up at night.

“One of these cases has always weighed on me particularly heavily—a case of mistaken identification in a brutal sexual assault and robbery, committed at gunpoint, which resulted in Brian Davidson (a pseudonym) spending 30 years in prison for a crime he did not commit,” Gonzalez writes.

“Brian and I were born just one year apart and raised in Brooklyn by mothers who came here from somewhere else to make a life for themselves and their families. But our lives were set on very different courses—irreversibly so—in March of 1988 when Brian was arrested for a crime he had nothing to do with.”

The report writers aimed to show how wrongful convictions persist and how to eliminate them in the future.

The conviction review unit that produced the report was launched under the leadership of the late Brooklyn DA, Kenneth P. Thompson, and then-Counsel to the District Attorney, Eric Gonzalez, in 2014. The Innocence Project was heavily involved in compiling the data, as was the law firm of Wilmer Cutler Pickering Hale and Dorr LLP.

The report found poor prosecutorial conduct helped fuel the vast majority of the wrongful convictions. In one case, it identified a “politically motivated prosecution.”

“Taken together, the wrongful convictions discussed here all point to failures of prosecution as an institution—whether through the acts of individual prosecutors, collective decisions, or failure to train or guide prosecutors adequately,” the report states.

Lawyer Nina Morrison of the Innocence Project and one of report writers, said the findings highlight the many factors that led to so many wrongful convictions in Brooklyn.

“The single biggest common factor among these cases — that the DA’s office itself identified — was that the actions of its own prosecutors, or former prosecutors in most cases, contributed to the wrongful convictions,” she said. 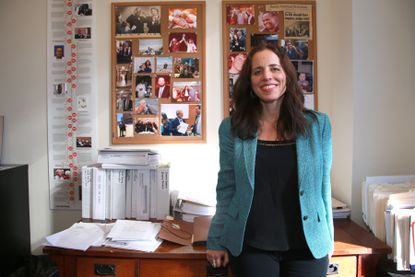 She said the report also found a culture in the prosecutor’s office in which it was not only okay to prosecute a case on thin evidence, but expected.

“These are not cases where, by and large, DNA evidence was the only way to discover that they had arrested or charged the wrong person. In many of these cases, the flaws in the prosecution’s case were evident from the date of arrest.”

The report, in addition, shows the ways police influenced 65% of the convictions.

“In most of the (conviction review unit) exonerations, the reliability issues with confessions and witness testimony raised serious ‘red flags’ that should have prompted further investigation. But through a combination of tunnel vision and confirmation bias, they were not,” the report states.

Beginning in 2014 and running through the first half of 2019, the examination analyzed the conviction review unit’s recommendations in 20 cases involving 25 people who’d been convicted over the last three decades.

Those people mentioned in the report include 24 men and one woman. All but one are Black or a person of color, and three weren’t yet 18 years old when convicted. The majority of the cases were based on single-victim homicides involving the use of a deadly weapon, which occurred in the 1980s and 1990s. The oldest crime happened in 1963; the most recent in 2011.

All the convictions were vacated, but three people convicted died in prison and were exonerated posthumously, the report notes.

“Many of the convicted persons in these cases were incarcerated for decades with very serious personal, familial, and broader community consequences,” the report states.

Referring to the George Floyd protests that have roiled the nation, Gonzalez wrote it’s time for U.S. law enforcement to take accountability and reckon with its past.

“We are asked to do better, and I believe we can and will. And I believe that to do better, we must reckon with and be transparent about the mistakes of the past—particularly in the institutions in which we now work,” he wrote. “In that spirit, I am hopeful that this report will contribute to the work ahead.”

Legal experts said the bombshell report will serve as a tool to defense lawyers in the future.

“Defense lawyers and the actual innocence community have been saying these things in different cases for a long time. But this is the first time that they’ve been collected, analyzed, and stamped with law enforcement approval,” Kuby said.

“This should put to death the notion that we are talking about one or two bad apples.”