Accusations a Brooklyn teaching assistant roughed up a kindergartner have been substantiated – and now the school’s principal is being probed, officials said Tuesday. 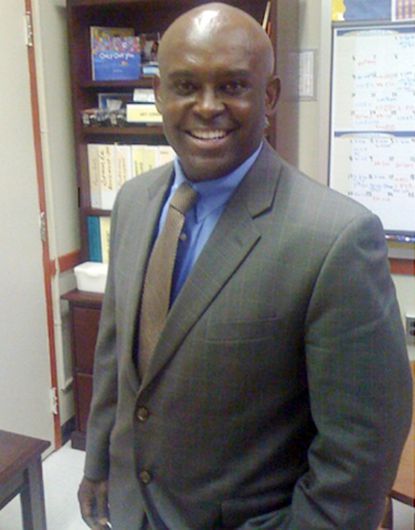 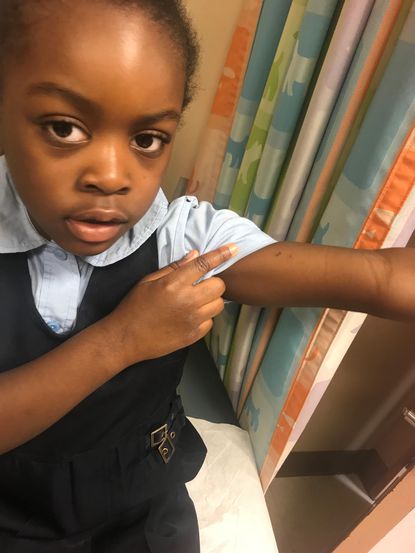 Public School 279 teaching assistant Myrna Oriol engaged in prohibited corporal punishment when she put her hands on 6-year-old Ariana Branch on April 3, according to a probe the Canarsie school’s principal completed Thursday.

Oriol will keep her job even though the probe found she dragged the girl across the floor.

And now the principal, Lorenzo Chambers, is facing a corporal punishment investigation of his own, officials said Tuesday.

Two teachers said they saw Chambers manhandling a student at lunchtime during the week of April 1 and reported the alleged incident to the city schools’ Office of Special Investigations, a source with knowledge of the matter said.

City Education Department officials confirmed that Chambers, who’s worked in city schools since 2002 and has a clean disciplinary history, is currently under investigation for the alleged corporal punishment.

Lanisha Harris, the mother of the girl Oriol roughed up, is pushing for changes at PS 279, where her daughter Ariana is still enrolled. She said that Oriol and Chambers should be booted immediately.

“I am worried about the safety of my daughter as well as the other children in her kindergarten class,” said Harris, 44, a community coordinator. “I am demanding the removal of Myrna Oriol and Principal Lorenzo Chambers before another child is assaulted.”

Harris said she learned Oriol roughed up her daughter on April 3 when she returned home from work and Ariana told her she’d been hurt in class by a teaching assistant.

Ariana, who had bruises and cuts on her arm, told her mom she’d been dragged out of a chair and across a classroom rug by the assistant teacher.

Harris said she tried to report the matter to the 69th Precinct, but officers refused to take her report and told her the school would handle it.

Harris reported the matter to school officials, and Chambers conducted an investigation, quickly confirming her accusations.

“This is a serious allegation that was thoroughly investigated by the principal,” Cohen said. “The superintendent is working with the school to ensure a safe and supportive environment.”

Cohen said investigators were unable to substantiate a previous corporal punishment allegation against Oriol but that she was disciplined for not reporting to work one day as a substitute.

“You send your child to school to learn, not get abused,” McCall said. “This school needs an overhaul from administration on down. We will be meeting with the chancellor to demand transparency and accountability.”

But parents at PS 279 were rattled by the accusations rocking their school.

"It’s a lot to take in,” said a woman whose 5-year-old daughter is in kindergarten there.