A hardworking dad was fatally struck by a driver in front of his 6-year-old daughter as he unloaded groceries in front of their Brooklyn home, distraught relatives said Sunday.

“There are now four children without a father,” victim Jose Barrera’s devastated wife, Araceli Sanchez, told the Daily News. “He was a good person and a great father. Up until the last second he was with his daughter.”

Barrera, a 50-year-old construction worker, pulled up at his home on 39th St. near Fort Hamilton Parkway in Borough Park with a carful of groceries to cook for his family about 7:50 p.m. on Saturday.

His youngest daughter had insisted on accompanying him on his weekly run to Costco.

“He loved to cook whenever he had the chance,” his wife said. “He worked six days. Saturdays were his only free days. And that’s why he went to Costco to get food. He cooked on Saturdays. . . . He was carrying the watermelon when the car hit him.” 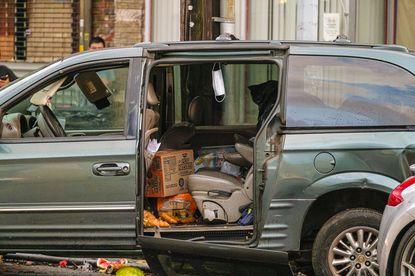 Barrera carefully placed his daughter on the stoop and had just started unloading groceries when he was struck by a 2014 Nissan sedan. Cops say the 21-year-old driver, Kareem Denton, had lost control of the vehicle.

Medics rushed Barrera to Maimonides Medical Center, but he could not be saved. 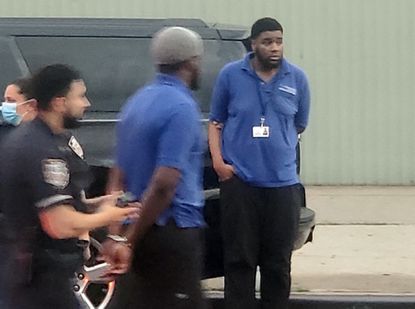 In an eerie twist, Denton and his passenger were wearing work clothes emblazoned with Maimonides Medical Center’s logo.

Denton, who lives in Brownsville, was taken away in handcuffs but ultimately given a summons for marijuana possession and released. He couldn’t be reached for comment Sunday.

“There needs to be justice,” an outraged Sanchez said. “It cannot be they are free after killing my husband. . . . They are on the street, walking without charges.” 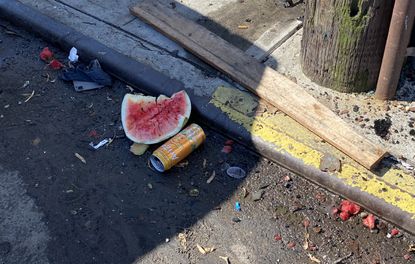 Cops are continuing to investigate the crash and are weighing additional charges, authorities said.

“I don’t work, he was the only one that worked,” Sanchez said. “Now I don’t know what to do for my kids now that they killed him — and by people who worked at Maimonides!” 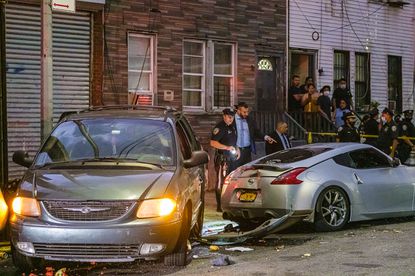 Barrera was at least the 43rd pedestrian to be killed in a traffic crash this year, NYPD data show. That’s down slightly from the 60 pedestrians killed by motorists by this time last year.